The number 256 (28) was chosen because it is the number of distinct values that can be represented with an eight-bit byte, a value well-known to programmers. 256 is also the highest power of two that is less than 365, the number of days in a common year.

Sorry, comments are closed for this item. 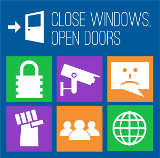